People join the Blend Kitchen team from all different walks of life and for various reasons, but each and every one of them is committed to making Sheffield a better (and tastier) place. 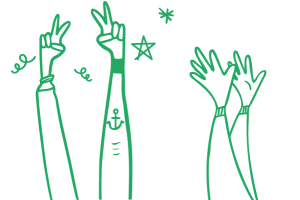 Sheffield born and bred, Richard Hawley is a  singer-songwriter, guitarist, and producer.

After a short stint with Pulp, led by his friend and fellow Sheffielder Jarvis Cocker, he launched a solo career in 2001. Since then he’s had eight studio albums, been nominated for two Mercury Prizes, a Brit and his music and lyrics recently took the sell out ‘Standing at the Sky’s Edge’ to win the UK Theatre Awards Best Musical Production 2019.

His most recent 2019 album ‘Further’ (the first not to be named after a local landmark) achieved number 3 in the UK album chart and although all recent shows have been cancelled due to the pandemic, there is a string of concerts and festival appearances planned later this year across the UK.

I can think of no higher honour than to be asked to lend my name as Patron to a place that gives people a sense of worth and value in this world whilst at the same time teaching them skills to secure that worth and value on their own, I’d like to take this opportunity to wish all the Blend team the very best of wishes for a brighter future. I look forward to seeing you all very soon, can’t wait….it’ll be something I’ll relish.

Sheffield born Chris Hanson is a classically trained chef and social entrepreneur with a clear vision of “changing lives via the medium of hospitality, the arts and culinary training”.

He founded Blend in October 2016, inspired by the birth of his daughter and a desire to create a positive legacy for his beloved Sheffield.

Beyond delivering an AA Rosette standard dining experience, Chris has been applauded by health support and social prescribing agencies across the region for creating a truly welcoming and inclusive environment that has proven social impact and delivers opportunity to all. 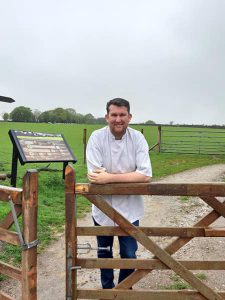 In 2009 his business (at the time called ‘The Runaway Girl’) was featured on a one off special ‘Gordon Ramsay’s Great British Nightmares’ that sought to help restaurants failing during the credit crunch/recession.

‘Silversmiths Restaurant’ was born out of Ramsay’s transformational visit, which under Justin’s  guidance went on to gain national acclaim (e.g. Good Food Guide/ Observer Food Monthly/Yorkshire Tourist Board Restaurant of the Year).

He exited Silversmiths in 2017 to set up SweetSpot Hospitality Consultancy. Since his exit there have been 3 owners and in late 2019, ironically he was asked by the latest owners to go back to Silversmiths as a consultant to help rebuild the business.

He has helped numerous businesses across the city over the last 3 years and has been working in support of Blend kitchen for 2.5 years. He is also a Life Coach and mentors all the Blend trainees pro bono. 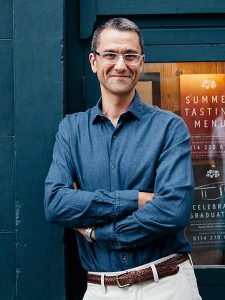 I have been blown away by a number of business owners whose eagerness to support the project has made it possible for us to continue. Blend Kitchen is an incredible project to work on, and with the backing of Twinkl, the support of the city’s business community and of course the people of Sheffield, I’m confident that the timing of such a positive and socially conscious opening can be hugely in its favour.

Joanna has worked in public health in Sheffield for over a decade and brings a wealth of experience in designing, commissioning and overseeing community based public health programmes. She is currently SCC lead for suicide prevention.

Richard is a non-executive director of Blend Kitchen and has a proven track record in running some of Sheffield’s best restaurants. His business experience means we have advice from one Sheffield’s most established restauranteurs.

In his role with Tilda Rice, Gareth is responsible for overseeing major contracts with a number of national restaurant groups and supermarkets. As Blend Kitchen chair, Gareth is able to advise on food trends and financial management.

As chief operating officer for Twinkl, David has a wealth of experience in organisational and project management benefiting millions of children around the world. David brings these skills to the Blend Kitchen board providing an analytical eye on our running and business development.

Whether it’s a quick bite, a catch up with friends or a cause for celebration, come and share some laughs with us over some first-class food. 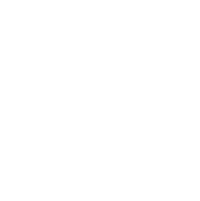